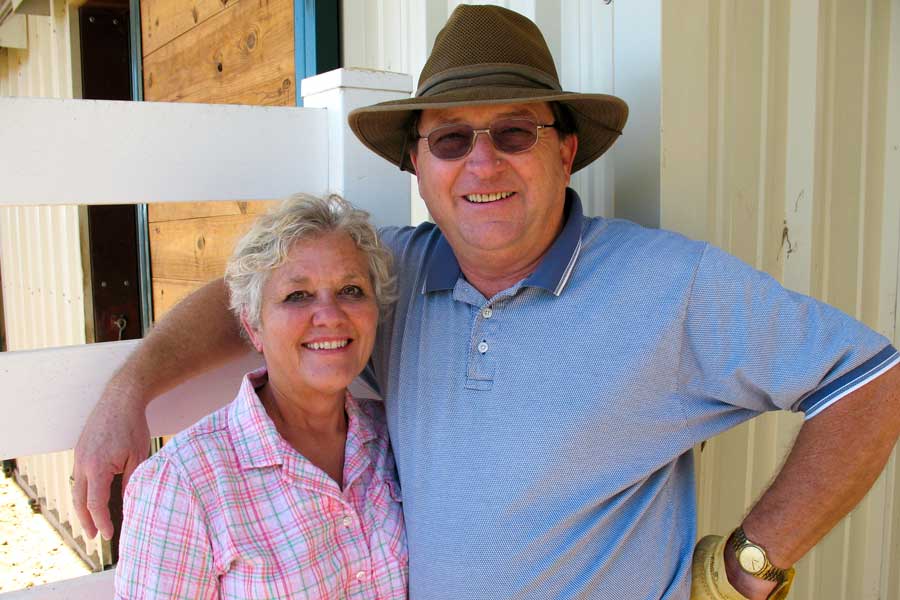 John and Judy have a simple mission, one that’s clearly stated: We, the owners and staff, will provide the finest care for the horses, their owners and students who have made Prairie Lane Farm their equine home of choice.

And you can be assured that every step taken, every action done, every job finished—every day—at Prairie Lane Farm is in support of that mission.

This picturesque property was once the location of the Pavey Dairy Farm. The Dixes purchased the property nearly a quarter century ago, which is ironic as John was born (literally) and raised on a dairy farm in Daviess County, Missouri. That farm was also known as Prairie Lane Farm, a name passed on to this reincarnation of that boyhood home of John’s.

From 1978 to 1985 they lived in Owasso, but John’s work for the QuikTrip Corporation had them relocating just up I-44 to St. Louis. While there, Judy purchased a Morgan Horse mare, Misty Bay, from Renee Page of Silver Maple Stable in St. Charles County.  When the couple moved back to the Tulsa area in 1993, Misty and her filly foal, Kyra, traveled with them.

Judy boarded Misty & Kyra at a number of facilities in the Owasso area but their experiences were “not very pleasant.” With several friends agreeing to patronize the new farm, the Dix’s began to design a facility for boarding, but would also be small enough for personal use. And so Prairie Lane Farm opened for business in April 1999…with only one boarder.

For a time, John and Judy wondered if they’d made a serious mistake, frequently joking about having a flea market in the aisle. However in July of 1999, they posted advertisements in several area shops…and then they came. Susan Beddoe and her husband Ray visited, and soon after, they brought in Rachael Dillon their daughter’s instructor. Then, families of several of Rachael’s students dropped by. Suddenly the Dixes were adding paddocks, shelters and had something new to ponder: If they were going to have enough hay to last the winter. After renovations over the next three years—and surviving the worst Oklahoma winter in decades—John and Judy then doubled the size of the barn and added an indoor arena, to handle the increased demand.

Now more than two decades later, the little farm has surely grown.  Ten additional properties were acquired all of which are contiguous to the original 40 acres—making a total of 127 acres for paddocks, turnouts, open riding, fishing, picnics and other recreation and a complete combined training cross country course with additional practice areas. All paddocks and turnouts are double-fenced with non-climb horse fence and most are hot-wired. The turnouts also contain shelters and all paddocks have weather and hay shelters. As we like to say, it’s the perfect home for your horses because we try to do what you would do if it were your home.